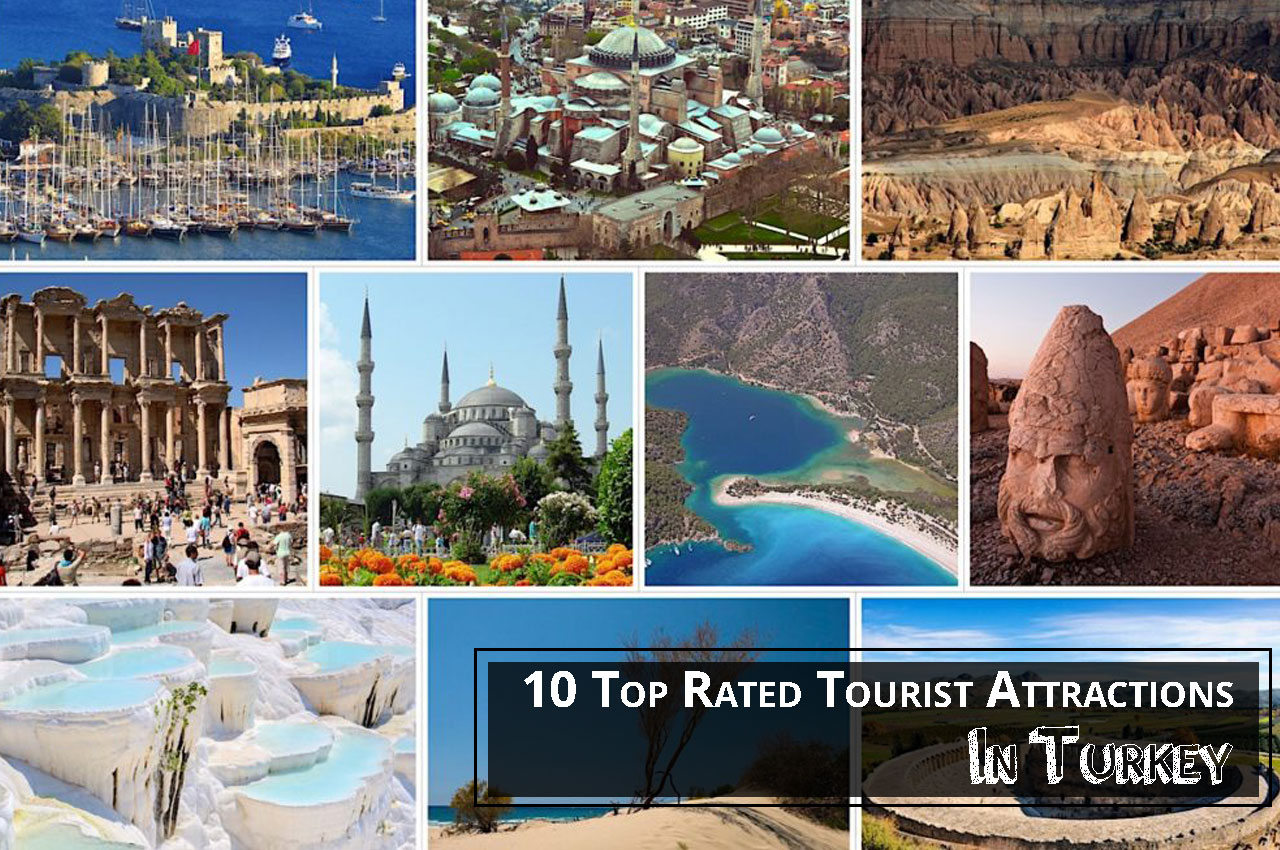 The art of history and historical places have always captivated the Brits, so book your cheap flights to Turkey now, as the country is rich in historical treasures that should not be missed.Turkey is a fantastic country that sits on the border of Asia and Europe.Visitors are enthralled by the country's vibrant culture, world-renowned cuisine, and rich history, while the breath-taking landscapes, which range from the sun-drenched Mediterranean to huge mountains and bleak steppe, are tourist attractions in and of themselves.It's impossible to select among so many amazing places, so we've compiled a list of must-see sights in Turkey for your vacation.

The Hagia Sophia Mosque (Aya Sofya), widely recognised as one of the world's most spectacular structures, is a must-see not only in Istanbul but across Turkey. It is considered the Byzantine Empire's finest architectural achievement, and it has been the largest global church for 1,000 years.

Ephesus, the massive ruin, is a city of magnificent monuments and marble-columned streets that must not be missed.This is one of the most complete and still-standing famous antiquity cities in the Mediterranean region, and it is the place to go to get a sense of what life may have been like during the Roman Empire's golden age and is worth visiting after comparing London to Turkey flight price.

The weird, bending rock valleys of Cappadocia are a photographer's dream. On cliff ridges and hill crests, millennia of wind and water activity have fashioned rippling vistas of wave-like rock or wacky-shaped pinnacles.If you don't feel like hiking, this is one of the best places in the world to take a hot-air balloon ride.

There's something for everyone in this busy Mediterranean centre. The two main beaches outside of town are a sun-sloth paradise in the summer, attracting visitors from all across Europe. While the old town district, nestled right in the heart of town, is a beautiful site to explore, with its cobblestone passageways ringed by creaky Ottoman-era homes.

The jaw-dropping colossal bulk of the Roman Theatre of Aspendos, just south of the resort city of Antalya, commemorates Marcus Aurelius' rule with pomp and ceremony. One of Antiquity's most popular attractions is the 15,000-seat theatre, which has just been refurbished.

There are other Greco-Roman remains in Turkey, but none are as beautiful as ancient Pergamum in modern-day Bergama.Pergamum's historic temple fragments now preside powerfully across a hilltop, once home to one of the ancient world's most famous libraries (which equalled Alexandria's library in significance) and the famed medical school established by Galen.

On the lowlands near Turkey's contemporary border with Armenia, the ruins of the mighty Silk Road city of Ani lie abandoned. All who arrive are mesmerised by the lovely red-brick structures that are still withering away amid the steppe grass.

Sumela Monastery (Monastery of the Virgin Mary) is the standout attraction for travellers along the Black Sea Coast, with its gorgeous, lonely setting constructed into a cliff face. Anyone travelling to Turkey's northeast region may want to stop at this abandoned religious structure.

The best-preserved Ottoman town in Turkey is a fantastically beautiful area of tiny winding lanes crowded with finely maintained wooden palaces that were originally the homes of wealthy merchants but are now boutique hotels and restaurants. So now you have a bucket list of where you need to go in Turkey, it’s time for you to compareLondon to Turkey flight pricesalso sign up for the Reliance Travel newsletter to keep updated.