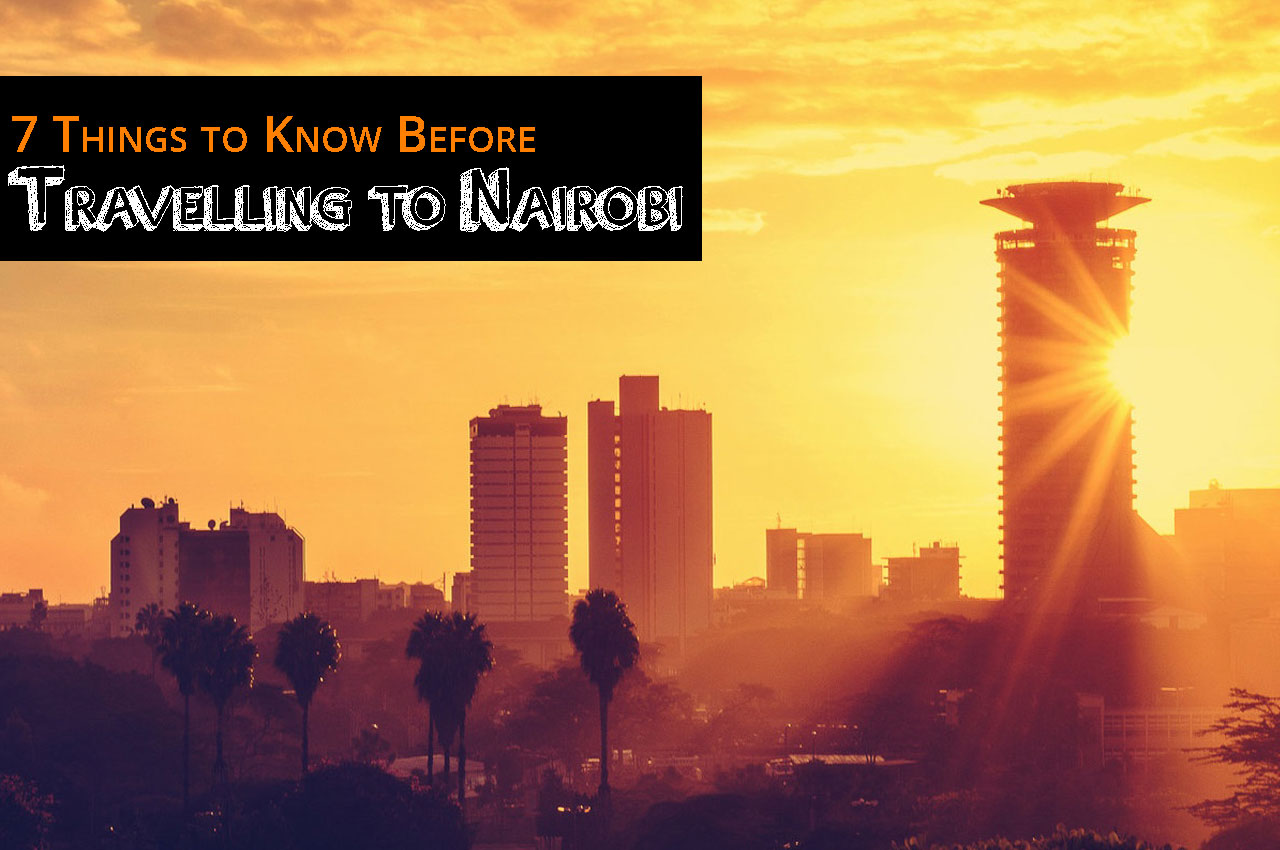 7 Things to Know Before Travelling to Nairobi

It's futile to wait for the ideal moment or time to book cheap flights to Nairobi because this pinnacle of natural splendour is available all year.Nairobi is the capital and largest city of Kenya. The name comes from the Maasai term Enkare Nairobi, which corresponds to "cold water" and alludes to the Nairobi River, which passes through the city.
The city, often known as the Green City in the Sun, is without a doubt the most beautiful in East Africa. Its lively central business district, magnificent wildlife, and friendly people truly make it an outstanding destination. Getting cheap flights to Nairobi Kenya and planning a perfect trip here, on the other hand, might be a little tiresome task.
With so many explorers visiting Kenya, the amount of knowledge available may be daunting. Some people spend up to three months planning a vacation and learning the must-knows and certain necessities. That is why this essay intends to make your visit here less intimidating and more fun. Nairobi, like other places, is safe for visitors; but, as you will see, it is always a good idea to have a guide or a tour administrator with you.
Let's take a look at what you ought to know about Nairobi before you go. The list might go on until the end of time, but here are seven things you ought to know before going to Nairobi.

Nairobi is a Business Centre

A number of multinational corporations and organisations have regional offices in Nairobi. Nairobi is home to some of Africa's major corporations. Nairobi, like the rest of the globe, is undergoing a FinTech revolution. It has given birth to a slew of technological firms at the vanguard of innovation, technology, and cloud-based computing services. These companies' goods are extensively utilised and have a significant market presence both inside and outside of Kenya.
Clothing, textiles, building materials, processed foods, and drinks are among the Nairobi-made goods. Many international firms have factories in and around the city. Nairobi has a thriving tourism sector since it is both a tourist attraction and a transportation hub. The majority of the structures in this area are business and corporate offices.

Nairobi, unlike most European cities, has a subtropical highland climate. Evenings may be chilly at 5,889 feet above sea level, especially during the June/July season, when temperatures can dip to 48 °F. The warmest and sunniest months of the year are from December to March when daytime temperatures average in the mid-twenties Celsius. The highest temperature at this time of year is 75 degrees Fahrenheit.
Nairobi's seasons change very slightly due to its location near the equator. There are wet seasons, although rainfall might be modest, thus seasons can be classified as wet or dry. For the same reason, the times of dawn and sunset in Nairobi change little throughout the year.

Despite being a metropolitan centre, Nairobi is located in highly organic and natural surroundings teeming with nature and wildlife. As a result, there are mandatory vaccinations necessary for admission into Kenya, in which case an official document of immunisation against Yellow Fever should be acquired for visitors older than one year. Most doctors recommend vaccinating against Polio, Tetanus, and Hepatitis.
Anti-malarial prophylactics are strongly advised and should be taken two weeks before your arrival. Please visit your doctor about your specific health needs. To obtain these vaccinations, you must bring important documentation to your medical practitioners, such as your original passport, airline ticket, and hotel reservation, as evidence of travel.

Plastic bags are harmful to the environment. They are non-biodegradable and end up in the water, where they choke seabirds, strangle turtles, and kill dolphins and whales. On land, they ultimately up in the stomachs of unwary animals, where they kill them. In Nairobi, it is prohibited to manufacture, sell, or use plastic bags. The area has enacted the harshest restrictions in the world, with producers, dealers, and users of plastic bags facing up to four years in prison or a fine of up to $40,000. The goal is to decrease plastic pollution, which enters the human food chain via fish and other animals.

Steam trains, penny farthings, and ox-wagons will captivate children for hours. These fascinating cars may be seen in Johannesburg's James Hall Museum of Transport. This amazing facility is South Africa's largest and most comprehensive land and transport museum. The red city bus trip includes a stop at the James Hall Museum of Transport. The cost is nothing. Donations to keep the museum open are much welcome.

Think again if you believe that you simply need an internet connection to buy inexpensive first-class flights to Nairobi. Attempts are being undertaken to totally automate cash movement and turn Kenya into a paperless economy. Mobile-money systems are extremely popular among Kenyans who use their cell phones to withdraw, deposit, transfer, and pay bills. So, acquire a Kenyan SIM card for your smartphone and enjoy safe payment choices.

There are several cafés in Nairobi. It is also the home of nyamachoma, a word used to refer to grilled pork. There are also well-known American fast-food restaurants such as KFC, Subway, Domino's Pizza, Pizza Hut, Hardee's, and Burger King. Cafés that double as restaurants, such as Artcaffe, Nairobi Java House, and Dormans, are popular among the higher working classes.
Traditional food places, such as the well-known K'osewe's in the city centre region, are widely available for obtaining practical expertise in African cuisine. Upscale cafés typically specialise in certain cuisine styles, such as Italian, Lebanese, Ethiopian, and French. Nonetheless, these are probably certainly located in five-star hotels and the richer rural regions in the city's west and south. Nairobi has a yearly restaurant week, named Nairobi Restaurant Week, in January and February. During this week, Nairobi's cafés are offering cheap culinary experiences for foodies to discover.
Furthermore, if you want to learn more about purchasing cheap flights to Nairobi Kenya and the most recent travel trends, please visit Reliance Travels: the most trustworthy source of information for travellers.