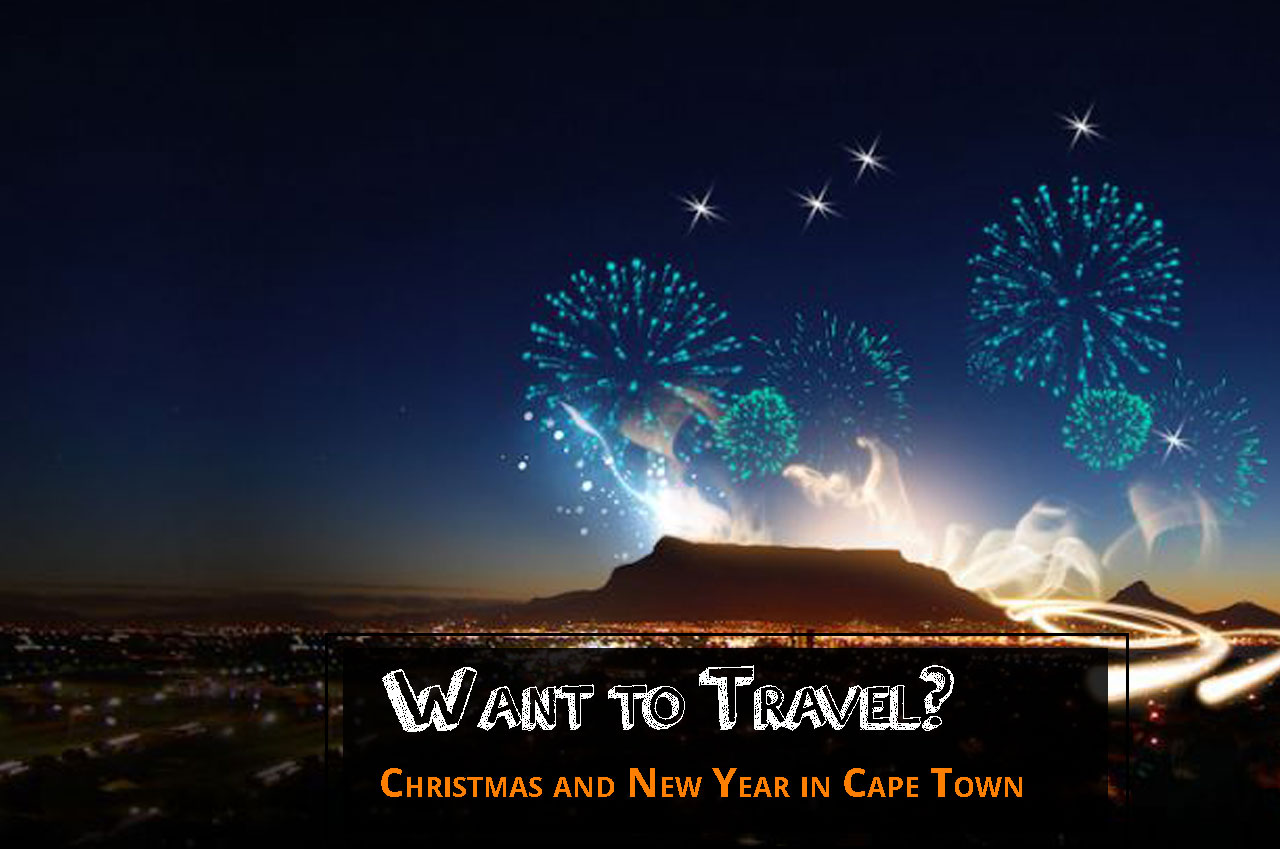 Want to Travel? Christmas and New Year in Cape Town

Grab cheap flights from London to Cape Town if you want to celebrate your Christmas and New Year's in a pleasantly warm climate rather than the traditional European cold-snowy holidays.When someone says Christmas in a warm climate, your first reaction is probably, "Christmas indicates snow and eggnog, not sunshine and barbeques!" So, endure with me as I present my case: nearly every day in Cape Town can be a great beach day, the happy soul invades the courteous grins of the people you meet, and each long sunny day begs to be lived to the fullest outdoors, whether it's walking by penguins on Boulders Beach or admiring the views from Table Mountain.Plus, it's super-easy to follow up with a Big 5 safari, where the savannah is a wild manger full of adorable new-born grazers and the prospect of an exciting New Year looms.

Why should you spend Christmas in Cape Town?

If you're booking flights to Cape Town from the UK individually or for the first time with young children, we strongly advise you to plan your December holiday around Christmas and New Year's.As You will never be bored since there is so much to see and do. The weather is often warm and sunny, making it ideal for picnics and other outdoor activities including paragliding, mountain biking, climbing, abseiling, snorkelling with Cape fur seals, sandboarding, and even kite surfing. It will seem more familiar to your children if they are used to Santa Claus (called Father Christmas there) and decorations. There are many welcome church services to attend if you are religious. Cape Town has safe outdoor celebrations complete with regulated fireworks. Hotels and restaurants serve delicious Christmas lunches and dinners (besides, the exchange rate is so favourable!) Cape Town is an excellent place to 'acclimate' before heading out on the Garden Route or on a safari. The infrastructure is great — you may self-drive or we can organise guided excursions for you. The cuisine and wine are the greatest in Africa and a must-do during an African Christmas! As for gifts, Cape Town offers some of the greatest shopping in Africa (maybe second only to Johannesburg) and many options for onward shipment.

What to Expect! When Africans Celebrate Christmas

In South Africa, Christmas Day is a national holiday. The day after Christmas, December 26th is also a public holiday and is officially designated as the 'Day of Goodwill,' yet many people still call it 'Boxing Day.'Here's a rundown of what to anticipate so you can plan your trip to Cape Town:
• Banks and government offices will be closed. ATMs (cash machines) will be operational.
• Some restaurants, attractions, bars, gas stations, and stores may be open at their discretion but verify ahead of time.
• In case you need to eat out on Christmas Day, you must make a reservation since eateries will be very packed.
• A classic South African Christmas meal consists of gammon, ham, turkey or duck, trifle, mince pies with brandy sauce, Christmas pudding, and crackers with paper hats. It is heavily influenced by traditional British Christmas traditions.
• The majority of South Africans spend the day at home with their family and friends.
• If you choose to worship on Christmas Eve or Christmas Day, there will be regular church services.
• Confirm any dress codes and age limitations. Evening activities are likely to be smart-casual, and very small children are not permitted.
• Viewing the festive street lights along Adderley Street in the city centre in the evening is customary.
• In most restaurants, tipping is calculated at least 10% of the bill.
• The weather is variable, but it will not be snowy!
• Many people spend Boxing Day watching the first day of a five-day cricket test match between South Africa and another nation — it's a mysterious but intriguing sport!

Where Should You Go on New Year's Eve in Cape Town?

With Cape Town, as in the rest of the globe, New Year's Eve is a time for revelry. In South Africa, New Year's Day (1 January) is a public holiday, but in Cape Town, 2 January (TweedeNuweJaar or 'Second New Year') is also a traditional, albeit unofficial, holiday. Here are a few suggestions:
o In South Africa, New Year's Day is a public holiday, thus banks and offices will be closed.
o Some restaurants, attractions, bars, gas stations, and stores may be open at their discretion, but verify ahead of time.
o If you have a rental automobile, please do not drink and drive. Pre-book taxis or make arrangements with your hotel's shuttle surface, if one is available.
o Tipping at restaurants is typically determined at 10% of the total cost.
o On 2 January, the Cape Minstrels, or 'KaapseKlopse,' march around the city to commemorate the day slaves had off after working during New Year's and to rejoice in the abolition of slavery.
o A free party with live music and fireworks is held at the V&A Waterfront (fireworks can only be lit in designated areas because of the dry summer conditions so please do not light them yourself).
o It is unlawful to consume alcohol on the beach; authorities will seize it and impose fines.
o Long Street is a favourite among younger partygoers.
o Many hotels will hold parties complete with canapés, dinner, cocktails, and entertainment - inquire with your hotel or ask your Africa Safari Expert for suggestions.
o Many people climb Lion's Head in the evening if there is a full moon. If you decide to join them, bring a light and a bottle of water.

Cape Town is famed for having four seasons in one day, and no real Capetonian leaves the house without a warm top, even on the hottest of days! The top of Table Mountain may be cool in the summer, it occasionally rains lightly in the city, and the Southeaster breeze provides ideal conditions for surfers and kiteboarders in the afternoon. Pack your summer attire, but don't forget to include long pants and a long-sleeved blouse for chilly days.
Try booking cheap flights from London to Cape Town if you're tired of the same old Christmas routine and want to unwind by enjoying Christmas and New Year's in a completely different way to make it unforgettable. Reliance Travels is more than happy to assist by providing the best and most affordable flight tickets available.